Why can’t Lyme patients be diagnosed or treated?  Because “Lyme disease” right now only means that you have an arthritic knee and produce a lot of antibodies.  It wasn’t always like this, it used to be recognized (even by the CDC!) that there are two distinct outcomes.  One is an HLA-linked hypersensitivity response with high antibody production and the other is a disease of immune paralysis with low antibody production.  By 1994 both the diagnostic criteria and the case definition for Lyme disease changed.

Here is the diagnostic criteria from before Dearborn in 1990:

It says to look for fluctuations or changes in IgM or IgG antibodies.  That means that you would need to run a Western Blot more than once, or do serial Western Blotting to look for changes in antibody production.  New IgM antibodies means ongoing infection.  In 1994 up until now in 2017 we need to have at least 2/3 positive IgM bands and 5/10 IgG bands present.  Here is the diagnostic criteria from after Dearborn:

The changes made to the diagnostic criteria have had some pretty devastating effects, as we all know.  The ELISA rules out all neurologic outcomes in the first step, in effect 85% of cases are being missed.  This is what Steere did in Europe, this is the basis of the cryme.  The two-tier method we have been using since 1994 is only catching the 15% of cases that have the HLA-linked hypersensitivity response (think allergy) or the “bad-knee” type of Lyme.  The only outcomes that make enough antibodies (the 15%) to test positive have a completely different form of the disease, that isn’t as severe and they usually do well.  They make enough antibodies to get by, whereas the other 85% do not.  I know that this is repetitive, but I want to make sure that I am being clear for readers.  We all need to know about and understand why we can’t be diagnosed or treated. 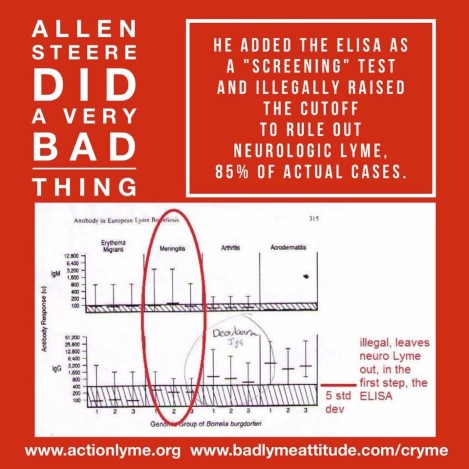 Do you guys remember after TruthCures members got back from lobbying in DC that a press release came out with the CDC saying to run serial Western Blots because of the inaccuracies in testing….?  You can check that out here.  This is showing us that they are feeling the heat and beginning to scramble because they know that TruthCures is gaining traction, because so many of us now are understanding the reason no one can get diagnosed properly.

This is what Senator Blumenthal sued the IDSA over in 2006.  Blumenthal wanted the FDA to make sure that the two-tier method met their criteria for validity, there is more about this below.  He understands that this is criminal, as did Jeff Sessions’ legal staff in 2015.  The advice received from the trip in 2015 was to put pressure on the Senate Judiciary Committee members to call a hearing (think C-Span style) for referral to the USDOJ.  This is all evidence supporting that they did in fact change the testing and the case definition, the motive is clear but I’ll remind everyone anyway- they wanted to sell vaccines and test kits and commercialize all tick borne diseases for profit.

Right here, plain as day, we can see that Neuroborreliosis (AKA Chronic Lyme) has a much lower antibody concentration than Acrodermatitis (AKA bad knee Lyme).  They ruled the neurologic immunosuppression type of Lyme out of the case definition deliberately for the sole purpose of selling the LYMErix vaccine.  I’ve done quite a few posts on that that you can read on this blog but my friends have excellent blogs on this subject, too, you can read here and here.

Let’s take a look at what Allen Steere said in 1986 about antibody presentations:

Antigens of Borrelia burgdorferi recognized during Lyme disease. Appearance of a new immunoglobulin M response and expansion of the immunoglobulin G response late in the illness.

“Using immunoblots, we identified proteins of Borrelia burgdorferi bound by IgM and IgG antibodies during Lyme disease. In 12 patients with early disease alone, both the IgM and IgG responses were restricted primarily to a 41-kD antigen. This limited response disappeared within several months. In contrast, among six patients with prolonged illness, the IgM response to the 41-kD protein sometimes persisted for months to years, and late in the illness during arthritis, a new IgM response sometimes developed to a 34-kD component of the organism. The IgG response in these patients appeared in a characteristic sequential pattern over months to years to as many as 11 spirochetal antigens. The appearance of a new IgM response and the expansion of the IgG response late in the illness, and the lack of such responses in patients with early disease alone, suggest that B. burgdorferi remains alive throughout the illness.”   https://www.ncbi.nlm.nih.gov/pubmed/3531237

Here is what Dattwyler said at the FDA LYMErix meeting in 1994 about there being two types of the disease and the sickest patients have low antibody production:

Dr.O’BRIEN: “I was concerned about your last slide where you said there was a poor correlation between serologic response and clinical disease. And as I heard you to say, some people who mount better immune responses get worse disease. Did I hear you say that?

DATTWYLER: “No, no, I said the reverse. The better responses tended to have better response. And I should clarify where this is from. This is from antibiotic trials. These are treatment trials of erythema migrans, in which individuals given an antibiotic regimen which was not optimal – we did not know that it was not optimal at the time – the ones that failed to mount a vigorous response tended to do worse, clinically. So, there was an inverse correlation between the degree of serologic response and the outcome.”

***“So, individuals with a poor immune response tend to have worse disease.”***

You should all go and read these transcripts for yourselves, there is a ton of valuable data in them.  This last tidbit is from the LYMErix whistleblower and former Analytic Chemist from Pfizer, Kathleen Dickson.  Kathleen is the one who blew the whistle on the LYMErix vaccine in 2001, the one who filed the complaint with the Department of Justice (DOJ) in 2003 and the only one who has been trying to get this prosecuted ever since organizing trips to DC to lobby among other things.  The past few years our dear friend, Beaux, has been integral to this cooperative effort and they make a hell of a team!

1) everyone has their own special collection of spirochetes’ antibodies (which have become host-adapted and are constantly undergoing antigenic variation),

2) everyone has their own genetically-determined tendency to find certain kinds of antigens irritating (HLA differences), although there are clearly clusters or genetic histories are shared by peoples,

3) many people, especially the sickest- usually “seronegative (seronegative to the imaginary Steere Dearborn criteria case)” – are likely to be multiply-infected with the other immune suppressing organisms, Babesia and Ehrlichia (ref Dave Persing), and have the neurologic kind of Lyme [since only the knee-kind tests Steere/Dearborn positive; only the knee-kind of Lyme people make sufficient antibodies and “may even be called immune-competent,”  according to Vijay Sikand, MD (East, Lyme, Connecticut, at the 1998 LYMErix FDA meeting)], and

4), there is now an identified mechanism of immune suppression, the tolerization to these spirochetal antigens, turning off the immune system to these types (triacyl Palmitoyl 3 Cys lipopeptides like OspA, the vaccines), rendering some people perhaps permanently seronegative and SERONEGATIVE to or TOLERANT TO or CAN’T FIGHT OFF OTHER INFECTIONS that bear the same type of antigens.”

The only scientifically valid testing method for Lyme disease is owned by Yale.  Because Borrelia spirochetes are capable of antigenic variation the right way to test for them is to look for antibodies to flagella.  This is band 41 on a Western Blot.  When the criminals were patenting spirochetes guess what part they patented?  That’s right, the FLAGELLA.  It is the only way to specify spirochetes.  We saw above how in 1988 Steere said that all we needed was band 41, just rule out syphilis.  This test will diagnose all stages and forms of Lyme disease, no matter what HLA the patient has or how long they’ve been infected.

The rules for FDA validations are

Yale also did NOT use this method to qualify their LYMErix vaccine that they also own the patent on.  They already knew that LYMErix wasn’t going to prevent Lyme disease and it would’ve blown up in their faces.  They still don’t want to use this test because it would expose how many people have been misdiagnosed with “waste-basket” syndromes and need expensive treatments or disability benefits.  Once we get this thing prosecuted  we can resurrect this test and its potential to find other strains besides B Burgdorferi would change the landscape for diagnosis.  Plus, it’s nice to think about Yale’s 24 billion dollar endowment fund that they’re going to have to hand over for compensation of all of their victims for the last couple decades.

The first two charge sheets especially on TruthCures website have the full story and all of the appropriate citations and further details.  This is just a drop in the bucket in terms of how much data we have against these criminals.  Part 4 we will go through how Steere changed the testing using high-passage strains that had dropped the OspA/B plasmid…… 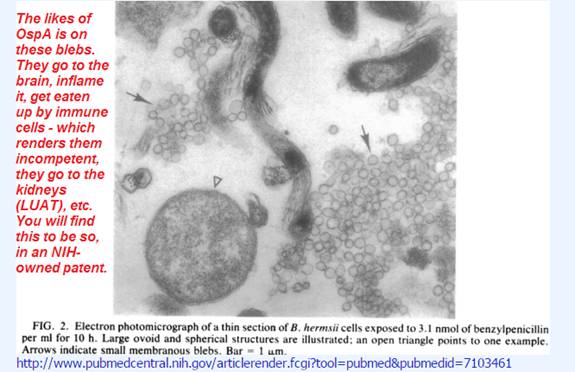 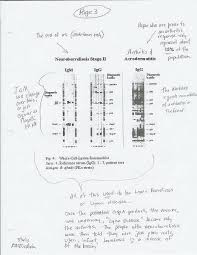 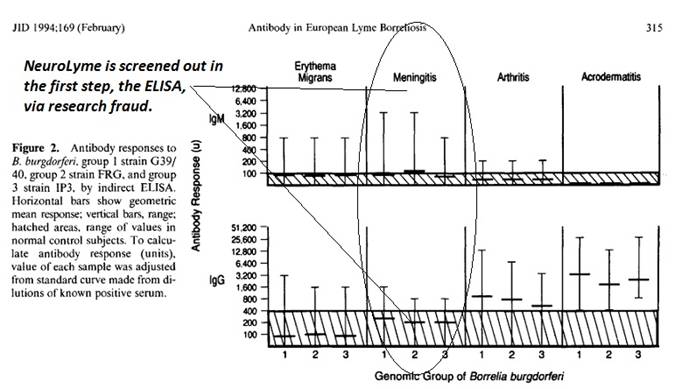 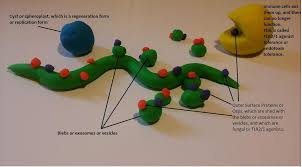